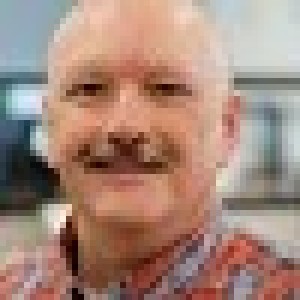 As 2020 recedes into our collective rearview mirror, it’s a good time to reflect on CloudTruth’s accomplishments this past year. Expressing gratitude for the “good things” is a sure-fire way to attract more positivity.

Little did we know that our first full founding year would coincide with a terrible pandemic. But despite the challenges we all faced figuring out how to move forward, we achieved our goals to launch CloudTruth and begin our startup journey.

2020 started with an in-person team summit to kick off the new year and set our goals for Q1. We began as a virtual team, with folks in Boston, Chicago, and San Francisco. Our in-person meetings were designed to be “high bandwidth” collaboration experiences to complement our daily Zoom meetings. Before the pandemic restricted travel, our goal was to meet in-person quarterly at exciting locations. We chose Boston for the first meeting. Chicago and the west coast would be next. But for Covid.

Our plans had us focusing the first half of 2020 on identifying product-market fit. We had a solid thesis for the overall market segment and “ideal customer profile” we wanted to serve, but this was at the 30,000-foot level. We needed more specificity to drive feature development. Answers to questions such as “What would this concept of a “configuration intelligence platform look like?”, “How would customers interact with the system?”, “What is a specific end-to-end set of functionality we could deliver in the timeframe granted us with our pre-seed funding round?”

The goal was to start creating early functionality that could become our wedge into the market. And then use that wedge to build a customer base and expand into a configuration intelligence platform.

The CloudTruth founding team wanted to ensure that the customer’s voice was brought into planning as early as possible. We needed to avoid a “lessons learned” example from other DevOps tools startups that relied too much on their gut instinct as a proxy for direct customer engagement and feedback. We were committed to a different approach by starting the product-market fit process with extensive surveys to ensure we could not react to a “false positive” – meaning we think we’re creating something useful. Still, customers wouldn’t step up to the plate to purchase.

The first wedge concept we tested with a live customer audience was completed in February 2020. We reacted to a “signal” in the survey interviews that seemed like a promising start: keeping track of configuration changes was a problem to solve. But the initial offering didn’t generate the interest we had hoped for. Was the “wedge” too narrow? Did we get a false positive? Were survey interviewees being too polite and not telling us what they thought?

We took a step back and realized the first concept primarily benefited non-DevOps people that needed to know when configuration changes were moving through a pull request process. Folks in SRE, QA, SecOps, and compliance needed this information and were frustrated they had to bother DevOps for the details. So there was an impedance mismatch between who benefits and who needs to authorize and implement. And another path forward emerged, which felt more comfortable and authentic to Matt Conway’s original vision.

The product-market fit interviews revealed an adjacent problem that DevOps teams were wrestling with: managing the thousands of parameters fed into configuration templates. We quickly tested this new concept and started working on this revised “wedge” that inherited much of the initial work.

The product team made great progress on the new concept throughout Spring and Summer, and we launched an early access version in September.

We’re closing out the year grateful for all the support we have received from the hundreds of people that participated in our product-market fit process. And we’re especially grateful for the DevOps leaders at the early adopter customers that give us detailed guidance on the CloudTruth Configuration Intelligence Platform.